Welcome back to Emmerdale Live and Organized! In case you haven’t been here before here is what happens. I watch the episode and write down my thoughts as it comes to me in an organized fashion. It’s like a live look inside my brain while watching Emmerdale. Not as crazy as it sounds. Unless you want it to be. *wink*

I was half listening to the McCain’s ad but did they say Emmerdale at the end of it?

Marlon is a bitter human being. I relate.

Interesting view of the backroom of The Pub.

Noah. Oh, Noah. Independence should be taught, but also, moms can be a bit loving and helicopter-ish. Sometimes. It’s a balance.

The police force (at least in America) that blue wall is still VERY STRONG. I don’t agree with Vanessa at all.

Oh well. She TEXTED HER. MY GOD VANESSA. STOP. STOP IT.

Well, Vanity are done….for now. They might be in the Robron 2016 break up/ makeup mode now though…this is something major and understandable to break up over. VANESSA IS WRONG.

Oh ok. She didn’t have the same stuff with Aaron. That explains it.

Was Paddy this into Leo back in the day? Also, that means jack about the sex. IDIOT.

Oh, Charity. No. You will regret this. You will REGRET THIS.

Megan is going to tell Vanessa about this.

That will push Noah closer to Joe. I can feel it.

Did you though Chas? Did you learn from your mistakes? I am thinking….NO.

Oh, Charity. Don’t do this. Please. Whoa. Ouch. Vanessa. You shouldn’t have done that now you get the flick of the stick from Charity.

I find Charity, all her barbs and wire, she has very child like stuffed animals in her room. Showing there is still an innocence there. Waiting to come out. Wanting to come out.

Is that Noahs?!?! Is that someone else’s stuff or Noahs?!?! ANSWER ME SHOW! Don’t go…its moving on to Corrie. Damn.

Going vegan. I tried that when I was a kid. Didn’t last.

Jimmy is in hell. HELL. Rodney is getting some and Jimmy can’t get it up. *wow…I just wrote that* *I’m sorry*

THE PANTS ARE ON. Yay for that Rodney.

Pants are off again. DAMN. NO. Why do I sense Misty might marry Rodney? That is the big secret wedding no one will see coming? *SNORT*

Here we go. Charity will lose it.

“It will be different this time.” – Vanessa *NO IT WON’T*

Charity has been forced into this. NOT COOL VANESSA. NOT COOL.

Oh, wait. Vanessa….you lied and said it was you, not Charity? OH. STILL SUCKY SUCKY MOVE.

Wow. Charity was quieter than I expected. Her reaction.

Friday the 13th. That is when Chas has her first scan? Oh, I’m getting a bit concerned here. I don’t know if this kid is going to make it.

“My baby is weeing inside of me.” – Chas

She has massive morning sickness. Did she have that with Aaron? Why does Chas act like she has never been pregnant before? She had Aaron. Yeah, she was younger but come on.

Ross is as lovely as ever. *snort*

Jimmy doesn’t seem to care as much as Nicola. Which kind of cracks me up.

I wonder if the pain is psychosomatic when it comes to Ross. He is feeling pain inside from the incident and now is thinking his face hurts. It’s really his heart.

Using Emma to talk to the doctor? WOW. Ross is really in pain.

OH RIGHT. Jimmy lied to her about that doctor’s visit. I forgot.

Rhona is trying to get kind to all the Bartons. I think Pete wants to watch Rhona. *wink*

I’m really into Rhona and Pete. LIKE REALLY INTO THEM.

Rhona knows something is up. She would know. She had a pill addiction too.

Have you voted yet? 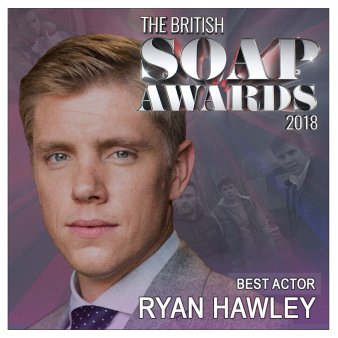 Let’s all be kind to one another. Respect each other’s opinions. Enjoy the ride Emmerdale has us on. If you would like to check out the previous reviews, click here and enjoy my ramblings as we were building towards a reunion. If you want to check out my other opinions check out this link for some fun reads. Don’t forget to check out my Tumblr if you want to get in contact with me. Until next time, Emmerdale Live and Organized is closing out for the day. Eat a Snickers bar, and I’ll see you all tomorrow.