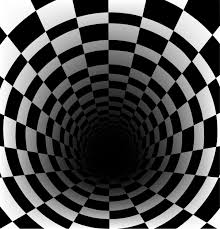 Welcome to ‘I Have Lost My Mind’ Theater or ‘Down the Rabbit Hole We Go!’ Theater. Either one works for me. While watching today’s episode, I was writing some thoughts about Lachlan down, and plot seed exploded in my brain. Here are the results of that. Enjoy.

Reviewing the Events of Fall 2016

Lawrence was getting drunk and walking around shooting at anything. Prompting Sam to call Aaron to stop him. They have that awkward talk. Lawrence thought he lost Ronnie. They made another go at it.  Aaron and Robert stay together, but things are shaky.

Lachlan shot Lawrence. Which gave Chrissie a way to get back at Andy for cheating on her and protect her family. This brought Robert into the picture because no matter what he will protect his family which includes Andy. This brought in Rebecca. We all know what happened there.

Now. Lets back up a bit.

Continuing down that path of Robron and Lawrence/Ronnie being connected stories, we know Chrissie isn’t Lawrence’s. So, let’s make a connection, shall we? Chrissie=SJ and that means…Robert can’t be SJ’s dad. Since this whole story has been about repeating and connection and narrative circles. Lessons learned from the past inform the future. Also, Robron are supposed to break the cycle. The cycle Ronnie and Lawrence found each other in. Until the bitter end.

We are at the end of this story that started in September 2016. Lawrence repeating the same behavior. Getting drunk out of sadness. Lachlan threatening him. Robert defending family aka SJ only. Defending Andy brought Rebecca in, and this time it will take her out of the running. Death? Showing up in the helicopter which is similar to the helicopter that Chrissie accidentally set upon the village that day killing Val.

So, if we are repeating behavior, Lachlan will go too far and kill someone. Maybe Rebecca this time because his actions brought her here, to begin with.  He tried to kill Lawrence but its Rebecca that he takes out instead. Since she is the one that wanted to take him down in the first place. That leaves us with SJ, Lawrence, Chrissie, and Robert. Since SJ can’t be Roberts in this scenario, much like Andy, Chrissie leaves with SJ.  Lawrence leaves the village with Lachlan? Lachlan goes to jail? Lawrence was technically the first White to enter Emmerdale, and he might be the last to leave.

This is where I get lost. How does Aaron fit in? Voice of reason for Robert. Backs Robert up since he loves Robert and doesn’t want to see him hurt. Ronnie did that quite a bit too for Lawrence. He never liked to see Lawrence hurt either. Backed him up even when Lawrence was crazy. Aaron is purely supportive in this ending part of the story? Aaron didn’t know about Robert bringing Rebecca in so he wouldn’t know anything as she leaves.

That also brings in the statement Aaron made during the breakup, “All roads lead to you, Robert!” He meant that negatively but I’m beginning to think that it was put there for a reason. No matter what, if Aaron is in a bad state or in the best mental and physical shape of his life, he will always be drawn to Robert. His roads will always lead back to Robert. This reinforces the idea that Aaron, unlike Ronnie, will always find his way back to Robert and vice versa. So, right now, Aaron is on his way back, and he is stronger than ever before. Strong enough to support Robert through this mess.

This plot seed explosion needs help now. What do you think? Please feel free to add on, point out other connections or even find your own connections. Let’s make this a fun, positive thing because right now the fandom is very negative, and we need to have some fun. So, leave a comment below or just shoot me over a tweet or leave me some mail on Tumblr using @AmandaJ718! Until next time see you around Emmerdale.