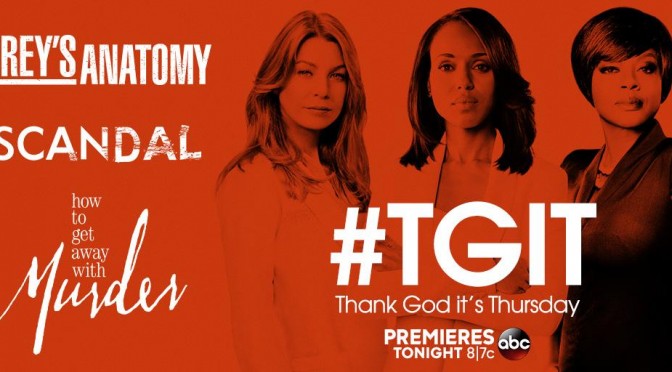 Welcome back to the randomness that is my blog. What is on deck today?

Let me explain. I am a fan of television. That is no secret.

If it is to you then…hello. Are you lost?

Anyway, within the past two years, I have been sucked into a rollercoaster also known as ShondaLand.

What is ShondaLand? It is a torturous merry-go-round of characters, plots and situations that make me laugh, cry and want to throw things at its creator.

ShondaLand is the production company founded by writer, producer and director Shonda Rhimes. You know her. She has created some intense, funny, upsetting and generally life ruining television. It takes a form in Grey’s Anatomy, Scandal, and How to Get Away with Murder.

On many social media networks, I have noticed that people are either upset or confused by how their favorite characters and plots are being written. Fans have even gotten to the point of swearing off their favorite Shondaland shows.

Get to the Point…

Right. I am here to defend the ShondaLand shows. Yes, me. Someone who complains about almost every plot point of every television show I have ever come across.

I am going to defend her shows and for once, it won’t be long winded. I swear.

The reason why I love Shonda Rhimes so much? The human factor. Yes. The human factor. No matter how crazy the premise, plot point or action, there is always a human factor present. That is what I think is missing from many shows (hour-long dramas with crazy plots…to be exact). The ability for an audience to attach themselves and relate to a character or situation depends on how human you make the show.

No matter how angry I get when a character dies or does something insane, I stick with them. I know that the crazy does not come out of nowhere. The characters have rich backstories that are discussed and used in future storylines. Storylines also have the human factor.

Even on Scandal. For instance, for a long time Huck came across as insane, aloof and well…not very friendly. However, we get clues and hints leading up to a huge episode that makes the audience understand his motivations. The show does not drop those motivations either. They use plot points to build his characters backstory and future actions up to the audience.

Without the human factor, that is the true star in ShondaLand shows, we would have nothing to complain about or love.

I’m positive that even the people that have had enough will be there in September to watch their favorites pick up the pieces and move on. I know I will.

What do you think? Do you believe in the human factor or do you like your favorite characters to be a bit dark and mysterious or a multi-million dollar superhero. Leave me a comment below! Until then…the randomness has ended. Hope you enjoyed the ride. 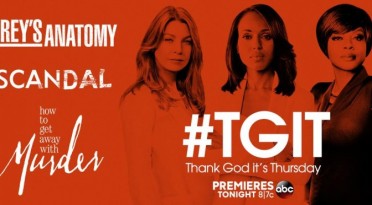